According to an article I read recently, about 75% of the working-age population in Guatemala is underemployed, members of the “informal” economy. They are self-employed Guatemalans who make ends meet working odd jobs or by opening a small business of some sort. For these folks, there is little in the way of legal protection or recourse. Simply put, a day not worked is a day that income won’t come. There’s no retirement plan awaiting, or a paid vacation.

Most people that visit Guatemala will have some sort of interaction with these workers. From handicrafts sellers, boys who’ll shine your shoes at Parque Central for Q3, to the lady that helps people park on the street while her two young daughters watch. Whether it rains or shines, what they eat (or don’t) that day will depend on how much money they can make that day.

For Guatemalans who grew up in their country, these workers are part of the landscape. For most foreigners, adjusting to this economy can often take some getting used to. For example, there are no newspaper dispensing machines in Antigua. Nor can you buy one at the supermarket. If you want a newspaper, you head to your favorite newspaper seller, who’ll be there selling them rain or shine. You can always visit the friendly “lady with a hat“, a fixture next to Parque Central.

If you happen to live on the outskirts of Antigua, or in one of the nearby towns, you might soon begin to figure out who’s selling what outside your door. I’ve yet to master this skill, one that is second nature to my wife. Depending on the whistle sound, there might be someone outside my house selling newspapers, fresh bread, goat milk, or alternatively, offering to remove soot from your pots and knick-knackspen your knives. 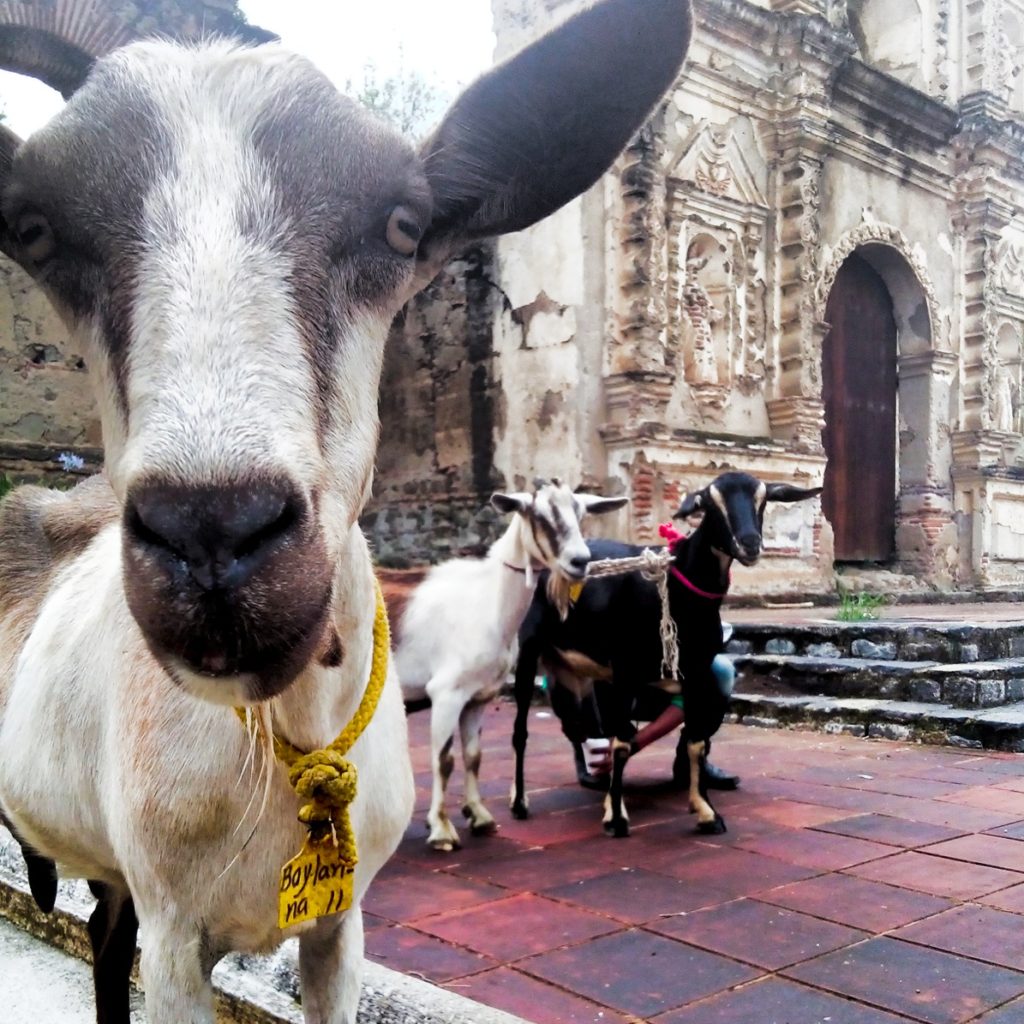 For weeks now, the wife has been nagging me to do something about the now-dull knives we bought a couple years ago at Cemaco (aka Guatemala’s version of Target). And for weeks I’ve been trying to figure out when the knife-sharpening guy was outside, only to return to the house bummed when it wasn’t. A blind squirrel will find a nut occasionally and after checking outside after every whistle, I finally found my guy. 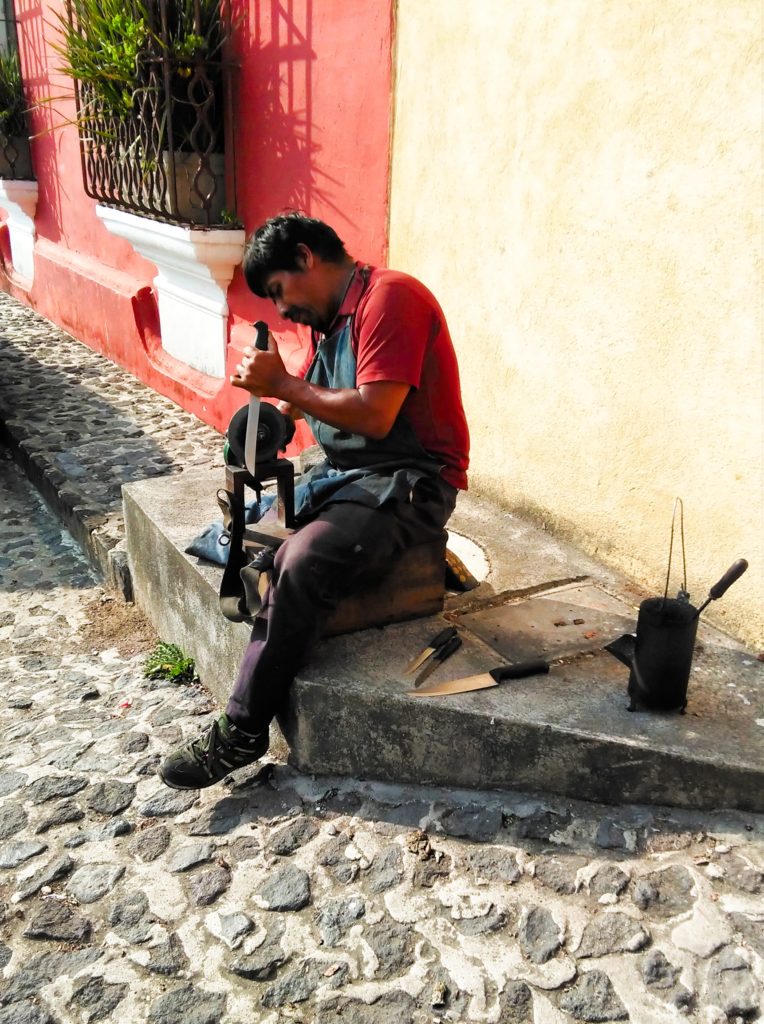 And so it was that for a price of Q5 per knife, I saved myself the trouble of having to sharpen knives myself or worse, buying cheap new ones at the Mercado, which I was close to doing.

If there’s a point to this post, I guess is that if you have the chance to pay somebody for an odd job here and there, do it. Or even if it’s buying cheap knick-knacks you’ll give away as presents to someone else later – like the poinsettias I bought for my wife last week from a couple of cute, chatty Maya girls on the street. This form of “giving” I feel is more effective than only handing out money to beggars, which Antigua has plenty of. I know it’s your money, and you can be as generous (or not) as you want and distribute as you see fit, but it’s something to consider.

What’s your favorite “informal” economy purchase?
Share in the comments below!