After last week’s visit to Jocotenango’s Lent vigil, it took some effort to get off the couch and trek back to catch another vigil. Not only was the last vigil somewhat underwhelming, but there even seemed to be very little interest by the locals to see it. One week later, the scene was completely different. There were lots of food stalls and a party atmosphere around the church. More on that at the end of the post. The crowds, nonexistent during the last vigil, now had to be managed by a queue and door attendants. 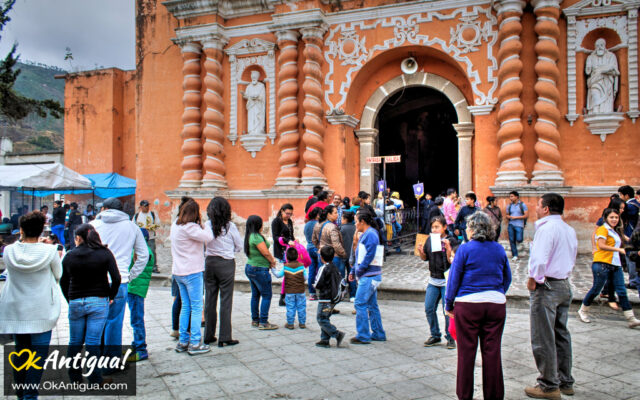 Queue at the entrance to Jocotenango’s church The display was very different from the last one. For one, it was longer, stretching almost to the church’s door. Another wrinkle I hadn’t seen this year was that visitors could go around the display and get up-close to it. Much more immersive experience. 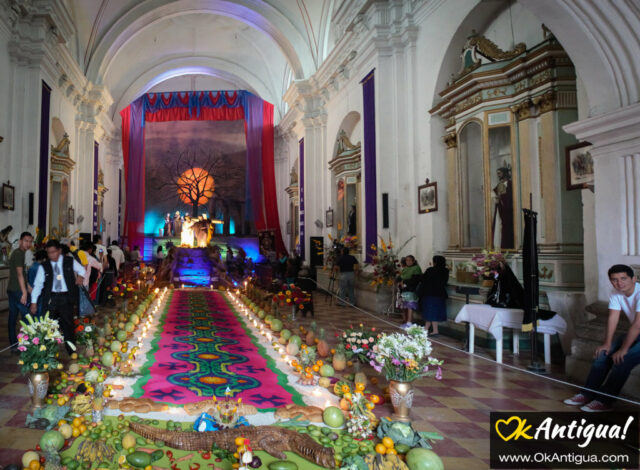 Jocotenango’s display as seen from the front entrance

The alfombra was very nicely done, as were the decorative touches. The most amazing thing about the display, however, was the image arrangement. By placing the trailing statues of Mary, John and Mary Magdalene in the distance, it gave it realism that lots of displays usually lack. Very smart use of space, unlike at Santa Ana. 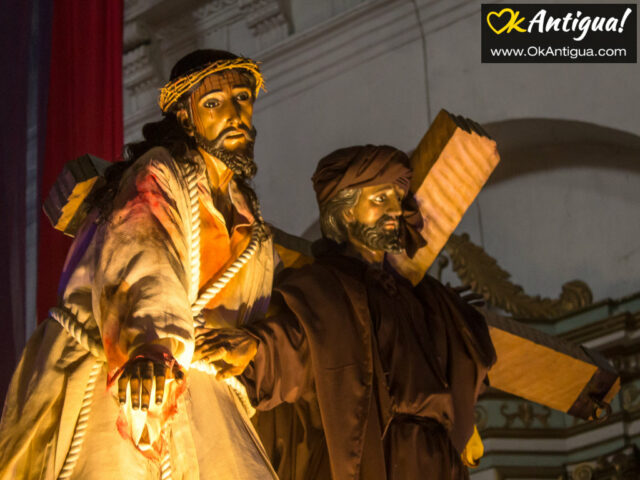 Closeup of Jesus and Simon of Cyrene images

Circling around the main display, visitors could get a closer look at the secondary images. As visitors turned around, they also became part of the display; the same way crowds followed Jesus on the way to the cross. Very well thought out display, as I said.

Following on the footsteps of Jesus

The entire time, the story of Jesus on His way to the cross played over the loudspeakers. Visitors were not allowed to linger too long and were ushered out by Brotherhood members standing behind the display.

Outside, our daughter and I  – she was my companion for this trip – were overwhelmed by all the options. My daughter ended up having churros, another popular street food item. 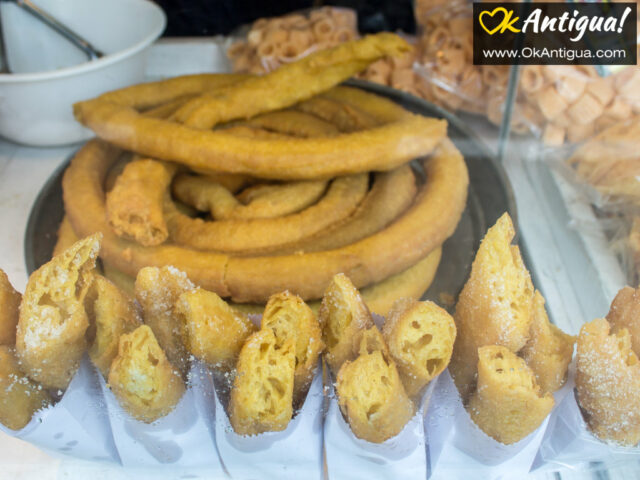 Churros, if you’re not familiar with them, are a dessert made with fried-dough pastry, topped with granulated sugar, and often topped with chocolate syrup. Good and filling! What did you think of this display?